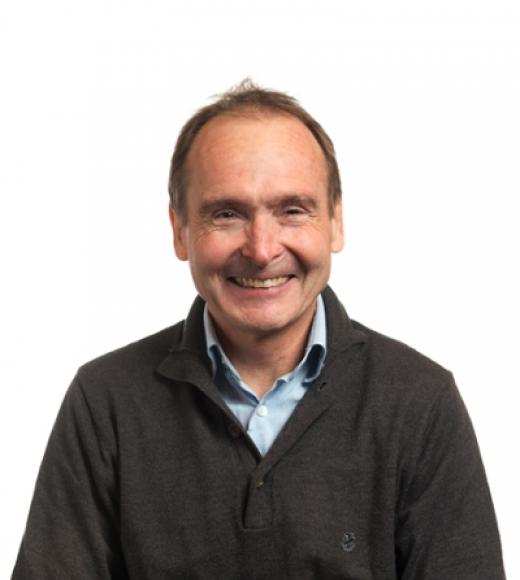 Professor German researches the evolution of lactation and the functions of milk in supporting the growth, development and long term health of infants. He develops ways to measure metabolism in response to foods in individuals as the means to guide personalized diets.

Checked In
Recent Posts
Tip
Lactose 101: The Defining Molecule
Lactose is the simple little sugar that defines all mammals. It's in basically all milks from mammals, but doesn't show up in large amounts anywhere else in nature. Why? We're going to explore that question as we take a deep-dive into what lactose really is. Lactose is made up of two very simple sugars, glucose and galactose. These two monosaccarides (or single sugar molecules) are connected together into what is called a disaccharide, by a specific glycosidic bond (beta 1,4). What this means for the lactose in food is that if the glycosidic bond between these two sugars molecules is not broken during digestion, lactose can't be absorbed by babies or by adults. Not surprisingly, all infants that are mammals produce the enzyme lactase, which breaks down lactose during digestion for easy absorption. We still don't know everything that lactose can do, because it hasn't been widely studied scientifically. That's partly because it's not specifically an "essential nutrient" (AKA we can live without it). So, if lactose is not essential, what is it good for? While babies can survive without lactose, it has a ton of benefits. First, as energy support, lactose provides its two sugars in high concentrations. Babies need lots of available, soluble glucose for growth and the lactose in milk provides that glucose. Both Glucose and Galactose are key building blocks for many critical cell structures in all tissues of developing babies. An obvious question is: why doesn’t milk just contain glucose? Interestingly, if glucose is absorbed very, very quickly (as it would be if milk contained just glucose) then babies would experience blood sugar spikes, which would lead to a rise in insulin, and finally a dip in glucose. This rapid variation in blood sugar is what happens in adults when consuming too much simple sugar in their diet. Milk apparently solves this problem of fuel supply speed by combining glucose with galactose so that the glucose is released by the baby’s lactase enzyme at the speed that the baby can manage it. Genius! Second, as a small molecule, lactose controls the osmotic strength of milk. Osmotic strength is, essentially, how much water is in our biological fluid. An example of osmotic strength would be when we stay in water a long time and our fingers and toes go "pruny". That's our tissues working to balance osmotic strength in the face of pure water. Our cells and fluids are not pure water, they're concentrated solutions. Milk has the same osmotic strength as a baby’s other fluids and this means that it is a very gentle form of liquid food for a baby. Lactose is the main controller of milk’s osmotic strength. Isn't that amazing? Lactose also fuels the bacteria in a baby’s gut. When it's undigested, it can serve as fuel for some bacteria in the intestine of some infants, but not all. So, lactose that is undigested while in the upper intestine of the infant continues down the intestine to the lower gut that is populated by anaerobic bacteria. This undigested lactose would provide a fuel supply for those bacteria that can break it down and use it. If infants have been successfully colonized by specific Bifidobacteria, then lactose would fuel them. One of the consequences of that fermentation process is the production of short chain fatty acids that lower the pH of the colon and as an interesting benefit increase the absorption of minerals, especially calcium. So, it's increasingly clear from still growing scientific evidence that lactose is a unique and remarkable component of milk and as many other components provides multiple benefits to infants.

Tip
Milk Fats: How Do They Work?
Let's talk about what milk fats are, how they work, and what they can do for your baby. Milk fats are mostly insoluble (i.e. they don't dissolve in water), so milk has a great system to get fats from mothers to babies – the milk fat globule. Milk fat contains a very wide range of fatty acids from a mother’s diet. The mammary cell assembles these water-insoluble fats into particles and coats them with a layer to make them stable in water. But then mothers do something that is unique in biology: on the way out of the mammary cell, the fat globules are wrapped in an entire additional layer (a complex membrane) from the mother’s own mammary cell. Basically, mothers send a little bit of themselves to their babies like a gift wrapping on the globule. This coating consists of phospholipids, cholesterol, glycolipids, proteins, enzymes, complex carbohydrates, and a mucin coating. It's a major investment of the mammary cell, losing its own membrane as it secretes fat globules. Milk contains many many globules, in sizes that range from so large that they rise to the top of milk if stored for an hour to super small particles that can be stable for days. Scientific research is still making discoveries about the benefits to babies of this unique fat transfer system, but what we already know is amazing! First, fat globules contain the essential fatty acids and fat soluble vitamins that babies need to survive. These fatty acids provide essential substrates for the neurological tissues, brain, eyes, and peripheral nervous system that infants are developing very rapidly in the first months of life. Fat is a dense and effective fuel supply providing calories to every tissue including (and most importantly) the developing brain that uses fats early in life for fuel. The fat globules provide the entire repertoire of complex lipid components from the mother’s mammary cells to provide these as a base for infant cell to grow from, and infants are building all of their epithelial surfaces (i.e. thin lining tissue) rapidly as protection from the real world that they have just entered. Second, fat globules help a ton in the transportation and absorption of milks components. Once eaten, fat globules come apart in the gut of the baby and then spontaneously come back together into ordered structures that make absorption of all of the components of milk, both water soluble and insoluble, easier. Third, fat globules give baby the complex lipids that are used as packaging material that make up lipoproteins for moving lipids from their intestine to all of the tissues around their body. Milk also provides the complex lipids for babies to assemble high density lipoproteins that shuttle insoluble molecules around babies and protect those babies from infections and inflammation. Lastly, fat globules pass along the infant intestine looking from the outside as if they were cells. So, microorganisms bind to them along the gut, which helps to develop a stable and protective microbial community—especially in the lower gut, also known as the microbiome. So, it is increasingly clear from growing scientific evidence that the fat components of milk are the most expensive for mothers to make and among the most valuable for infants as they grow.